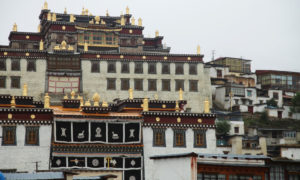 Chinese companies hoping to build up CBD businesses are growing increasingly frustrated by a lack of rulemaking, which is inhibiting the development of the domestic market.

Among them is Hankang Biotech, based in Yunnan, a province in southwest China that is a major base for the hemp industry.

The company, which also specialises in e-cigarettes, claims to be the first in China to have obtained a government-issued licence to extract CBD from industrial hemp.

Since its establishment in 2014 it has expanded rapidly. Just two years after its founding, a Shenzhen branch was established, and it now boasts factories in neighbouring cities including Foshan, Dongguan and Huizhou, demonstrating the rise in global demand for CBD.

Hankang Biotech says it has formed partnerships with clients in over 100 countries. But that is not enough for Frank Liao, the company’s executive director for CBD, who wants to see the firm start to take a share of a potentially lucrative domestic market.

That remains difficult, however as lack of regulation has kept development negligible.

“Right now, our business in China only makes up about 1% or 2% of all our trade, with products mostly being cosmetic and skincare products. Edible CBD products have been sold outside of China,” Liao told CBD-Intel. “Although technically you can sell pure CBD oil with no THC content, the Chinese CBD market has basically not taken shape yet.”

Edible CBD products remain in a grey area and companies such as Liao’s do not want to take a risk just yet for fear of attracting unwanted attention from the authorities.

China has tough laws on drugs, including cannabis and related plants such as hemp. This means CBD companies are already under strict police supervision – with every process including application, planting and processing being rigorously monitored.

“In order to be allowed to conduct CBD business, you need to go through a very strict approval process and obtain a licence issued by police, and any production activity will need to be carried out at designated places,” added Liao.

According to Yunnan province’s law on industrial hemp, only varieties with less than 0.3% THC content are allowed to be grown for commercial purposes. Extraction is monitored by anti-drug enforcement due to the possibility of crops – especially the harvested buds – straying over that threshold. End products containing any amount of THC are prohibited.

Although there are no formal regulations allowing the sale of certain CBD products on the domestic market, companies appear to have been permitted to carry out related research and development.

Many are collaborating with state-run institutions to perform those developments. They include Roshow Technology, which has been working with the Chinese Academy of Agricultural Sciences to develop edible CBD products.

“This is something we have been doing too. It’s allowed as long as they are not to be sold in the market,” Liao said. This echoes remarks made by another CBD insider.

“It’s going to take another two or three years before the Chinese domestic CBD market really starts. But instead of sitting around and doing nothing, companies should make the most of this time to conduct product research and development as well as studying the market,” said Yuan Hua, manager of the CBD business department of the Kunming Pharmaceutical Group.

A superpower in waiting

“With China slowly legalising the use of hemp-based extracts, soon Chinese consumers, especially the millennials, will look at CBD from a more reasonable perspective and better understand what benefits industrial hemp can bring, and that is very likely to turn China into an industrial hemp superpower,” Tang predicts.

But not all companies are waiting for formal rulemaking before starting to do business in the domestic market. A quick search for CBD oil on China’s online shopping platform Taobao will reveal an array of products, mostly advertised as “imported from the US,” while some are even promoted as “edible.”

However, sales records seem to indicate that relatively few purchases have been made – an indication that China’s CBD market remains in its infancy.

“The lack of standards has allowed an unregulated market to thrive,” said Liao. “You could come across products that are advertised to contain 10% of CBD content when the real percentage is a lot lower.”

He added that, with no rules or standards to abide by, there is no way to crack down on dodgy sales, which he feels is unfair to legitimate companies like his.

What This Means: The undeveloped and uncertain state of the domestic market is increasingly significant to Chinese companies dealing in CBD products. Although international sales have previously been strong, CBD-Intel has been told that exports are currently stalling due to the global COVID-19 pandemic.

Chinese companies continue to wait for regulations to be formulated with little news or updates coming from the relevant authorities.

Since this article was written, the Chinese authorities have prohibited the import, export, manufacture, sale, transport, use and storage of synthetic CBD, from 1st July 2021.