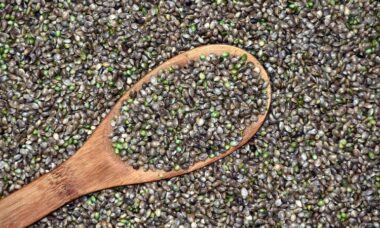 The US Drug Enforcement Administration (DEA) has confirmed that cannabis seeds fall outside the realm of the Controlled Substances Act (CSA) – regardless of how much THC the plant they turn into could eventually yield – because the seed itself contains less than 0.3% THC on a dry weight basis and thus meets the definition of hemp.

The official determination could eventually have widespread consequences, but for now it is most likely going to be limited to easing transportation across state lines and an uptick in the sale of cannabis seeds to consumers. However, companies selling seeds need to be wary about how they market products to consumers in order to avoid falling foul of other cannabis prohibition regulations.

Shane Pennington,  a lawyer specialising in cannabinoid regulatory issues, wrote to the DEA in November of last year seeking clarification on product legality. The administration’s response to Pennington’s inquiry acknowledges that, under current rules, the potential amount of THC a cannabis plant might produce is not important; all that matters is that the seed contains less than 0.3% THC on a dry weight basis.

“As soon as the story went out, I got a lot of calls,” Pennington told CBD-Intel. “People are starting to use this letter in various ways, and I am sure changes will be seen pretty soon.”

Pennington expects cannabis companies to start using the DEA’s letter in court and in front of state regulators to prove that what the companies do is legal. Tax implications and intellectual property claims on products which can now be sold legally are among the changes the DEA pronouncement is likely to effect in the industry.

“We are going to see how different regulators and courts will respond,” he said. “I would say we will start seeing this in the next month or so.”

Currently, transport is the area most affected. The DEA decision means cannabis seeds should be permitted into and out of the US as well as across internal state lines.

“If the DEA decides to treat seeds, extracts and genetic material below 0.3% as hemp, which it logically should, then it should be the case that there are no import/export requirements on this stuff either,” Pennington said. “The question is you just never know until you see it in action.”

We could see seeds follow a similar precedent to the medical drug Epidiolex, which, after it was approved by the US Food and Drug Administration (FDA), the DEA eventually moved from Schedule 1 to Schedule 5 classification before removing it from the schedules altogether following the passage of the 2018 Farm Bill.

At the state level, the official position means there should not be any federal interference with transport of items such as seeds, extracts and genetic material that meet the THC threshold for the hemp exemption.

But states can still forbid a substance that is not regulated by the CSA and is therefore legal under federal law. This means that states will still be able to prevent the transport of what they consider as illegal cannabis material through their territories.

States though, Pennington said, tend to shape their drug laws based on the DEA’s decisions, which will probably lead to eventual changes at the state level. “It’s conceivable that this determination could have some level of influence to change state laws in the not too distant future,” he said.

It may also lead to challenges against protectionist laws that prohibit the import or sale of cannabis material from other states, Pennington said. These technically contravene the Dormant Commerce Clause and discriminate against producers in other states, but there has traditionally been little appetite to challenge them because previously there was no legal commerce of cannabis material whatsoever.

“Now it’s clear that this is legal under federal law, there is a question about whether those laws, the ones that discriminate against other states’ sellers, are constitutional,” Pennington added, citing a recent case in Maine where licences for medical cannabis were subject to residency requirements. “This is something that is being litigated a lot right now.”

For retailers selling cannabis seeds, the position puts their business practice in the clear. But it could lead to an entanglement under other laws. While the sale of the seeds is legal, participating in the manufacturing of a controlled substance such as cannabis remains illegal, according to cannabis business lawyer Rod Kight.

“As an advocate for cannabis, I think that any development by law enforcement that allows for a broader interpretation of law is generally good,” Kight told CBD-Intel. “But I think the biggest change here is that this is going to be perceived as an open door to companies who are selling cannabis seeds to really advertise them as cannabis seeds with high THC potential, so I think that’s maybe a trap.”

Promoting cannabis seeds’ potential, such as a particular genetic strain which is known to produce plants with high THC levels, would make them more appealing to buyers, but at the same time it may be considered by authorities as conspiracy to commit a crime.

“You can sell cannabis seeds, but of course there is not a very large profit for just cannabis seeds,” Kight told CBD-Intel. “When my clients call me, they are interested in marketing their qualities, and I tell them not to do that as that would get them into trouble.”

According to Kight, given the DEA’s long history of opposing any reforms in the direction of loosening cannabis regulations, the agency’s letter on cannabis seeds should be met with scepticism: “When the DEA says something that appears to be positive for cannabis, you might want to question that.”