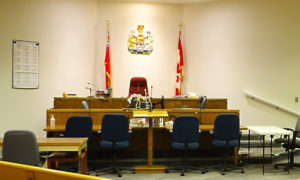 A legal action against Canopy Growth has been halted now that Canadian cannabis cultivator PharmHouse has filed for bankruptcy protection from the Ontario Court of Justice while it restructures its business.

PharmHouse is a 51/49 joint venture that was created between a group of greenhouse operators in Leamington, Ontario – operating under the company name 2615975 Ontario – and Canopy’s venture arm, Canopy Rivers, as well as its partners TerrAscend Corp and its Canadian subsidiary, in all of which Canopy has a stake.

The numbered company, which controls 51% of PharmHouse, filed legal action earlier this year against Canopy Growth and its partners for $500m, alleging fraud and civil conspiracy.

Canopy Rivers issued a statement acknowledging receipt of the claim, saying it was “completely without merit”. The company added that it “intends to vigorously defend its position at the appropriate time and in the appropriate forum”.

The dispute centres on a 1.3m square foot cannabis-growing facility in Leamington, which was built by a group of local greenhouse operators as part of an agreement with Canopy Growth and its partners. The facility, which the plaintiffs claim cost $114m CAD to build, was initially licensed in July 2019 and completed in February 2020.

Imbalance between supply and demand

The allegations focus mainly on supply agreements made in May and October of 2018 between PharmHouse and Canopy Rivers and its partners to provide them with cannabis produced at the Leamington facility under fixed prices.

The group of Leamington business owners, led by Paul Mastronardi, CEO of Mastronardi Produce, claim that the cannabis operators have committed “bad faith, fraud, civil conspiracy, breach of the duty of honesty and good faith in contractual obligations, and breach of fiduciary duty”.

The suit alleges that the companies refused to accept delivery of the cannabis flower produced at the facility under the previously agreed deals and refused to pay PharmHouse for the value of the cannabis flower which was produced for them. The plaintiffs say the companies claimed the market price of cannabis on a per-gram basis had fallen below the fixed price that was set in the original agreements and was no longer “commercially reasonable”.

Wholesale prices have plunged in Canada since recreational cannabis was legalised in October 2018, following a sizable glut of production.

That supply-and-demand imbalance has hampered dozens of licensed Canadian producers, who have taken millions of dollars in write-downs following the repricing of cannabis stuck in inventory.