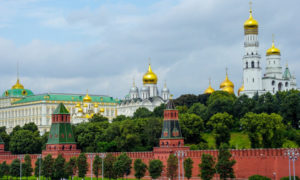 Cannabis legalisation is so far away in Russia that the plant is now considered a national security threat, according to provisions of the new state strategy for Anti-Drug Policy.

The strategy, meant to outline the overall approach taken by the state until 2030 and recently signed by president Vladimir Putin, indicates that the legalisation of cannabis ongoing in multiple parts of the world contributes to the expansion of the global drug market – especially in territories with weak government control. Decisive action from Russia is required to counter this, it states.

The strategy also adds that actions to legalise cannabis could be considered deliberate attempts to destabilise the international drug control system.

A number of Russian analysts studying the field of cannabis business believe this new strategy puts an end to the “feeble” attempts of some Russian businesses and members of the public that have attempted to convince the national government to ease current legislation regulating cannabis and cannabis-based products within the country’s territory.

A few steps in that direction had been won over the years. For example, in June 2019 the Russian Parliament (State Duma) adopted a bill, which allowed cultivation of hemp and opium poppy in Russia for medical purposes. According to that law, such cultivation will be carried out by federal state unitary enterprises that have a special licence for the conduction of such activities.

Following on from that, on 10th February 2020 the Russian government officially determined the varieties of cannabis allowed for cultivation in Russia, as well as the requirements surrounding them.

According to the decrees, the cultivation of cannabinoids is only allowed for medical or veterinary purposes. It is also possible to grow hemp for industrial purposes not related to the production of narcotic drugs and psychotropic substances. In these cases, the THC content of the dry mass of leaves and upper flowerings should not exceed 0.1%.

This was established in 2007 by the decree of the Government of the Russian Federation of 20th July 2007 No. 460 – “On the establishment of varieties of narcotic plants permitted for cultivation for industrial purposes, the requirements for such varieties and the conditions for their cultivation” and government decree No. 110, which specifies the non-narcotic varieties with a THC content not exceeding 0.1% that can be grown in Russia.

Despite the restrictions, there is still some hemp grown in Russia for the production of a number of consumer products, particularly oil, as well as some food products.

The newly approved Anti-Drug strategy will replace its predecessor, signed in 2010 by president Dmitry Medvedev and covering the period up until 2020.

That strategy listed the smuggling of drugs from Afghanistan, Europe and Latin America to the territory of Russia, as well as high non-medical consumption of cannabis and other drugs, containing psychoactive substances as the major threats facing the country in the arena of drug control.