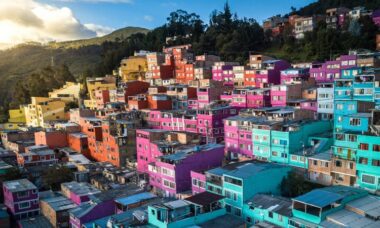 The 1st April change to permit the export of medical cannabis from Colombia has sparked an immediate boom in shipments from the South American country.

To date, Allied Corp, a Canada-based cannabis company, has led international exports of Colombian medicinal cannabis and has received orders to ship more than 7,100 kg of dried flower to Switzerland, the company said in an 11th August statement. The company said it had shipped 1,728 kg of medicinal cannabis to Switzerland and is scheduled to send 1,500 kg weekly to the European country to comply with an existing contract.

“This is the largest known legal shipment that we know of out of Colombia,” Calum Hughes, Allied Corp CEO and chairman of the Board, said in the statement, adding that the company was the first to ship Colombian dried cannabis to the international market.

In a previous statement, Allied Corp said it had also requested export approvals from the controlled substance office in Colombia for additional shipments of 1,000 kg per month to a multi-state operator in the US and for a 50 kg recurring monthly order to Australia.

“Bringing high quality flower grown in Colombia to an international market is no longer a story – this is our reality,” Hughes said.

Cannabis exports are only just beginning

While Allied Corp has taken the early lead in Colombian medicinal cannabis exports, several other local and international companies have disclosed plans to export locally produced cannabis in the immediate future. On 17th August, Colombian Organics reported it would ship CBD flower to Switzerland in late August, while Canada and Colombia-based PharmaCielo Ltd. announced plans to begin exporting dried flower this year with “volumes growing through the fourth quarter and 2023,” the company said in a statement.

PharmaCielo CEO Bill Petron said in the statement that the company is “well-positioned to capture market share in import-dependent markets such as Germany, Israel and Australia”.

Cleaver Leaves is pivoting “towards cultivating high-THC dry flower for export later this year” from Colombia, said CEO Andres Fajardo in a statement about the company’s second quarter results.

“We remain on track to begin dry flower exports (from Colombia) in the fourth quarter of this year,” Fajardo said. “We also enhanced our market pathways in Germany, where we became a fully licensed medical cannabis distributor and now have access to an expansive network of wholesalers and pharmacies across the country.”

Clever Leaves announced its first-ever commercial export of high-THC flower for medicinal use to Israel from its facility in Portugal on 18th July through its partnership with Israel-based InterCure.

Flora Growth – which is based in Canada and has cannabis production facilities in Colombia – has also “begun the process of commercial exports and continued export activities to the U.S., Israel, Germany and Australia in the coming months,” Jason Warnock, the company’s chief revenue officer, said on the second quarter earnings call.

“We can already export derivatives, which is a very small market, but when you start exporting dried flower for medicinal purposes, the market of course increases dramatically,” Merchan said. “As the flow of cannabis goods begins across the globe from Colombia, it will prove what many expected the size of the Colombian market could be many years ago, and that’s incredibly exciting.”

Colombia ‘at the forefront of cannabis legalisation’ in Latin America

Colombia allowed its first-ever exports of medicinal cannabis on 1st April, sparking an immediate boom in shipments from international companies that had been awaiting the opportunity to send locally produced cannabis to destinations across the globe.

Colombia, which has been at the forefront of cannabis legalisation in Latin America, approved the export of dry cannabis flower for medicinal purposes in 2021 following a decree by former president Iván Duque, who expressed hopes that the national industry would flourish and provide opportunities for small- and medium-sized cannabis producers and farmers in Colombia. Duque said the development of the medicinal cannabis industry would introduce a “new era” for Colombia that would position the country as a significant player in the international cannabis market.

Thus far, in the months following the opening of national borders to export medicinal cannabis, Duque’s forecast has been proven accurate.

Colombia hopes to be a major player in the medical cannabis export market due to excellent growing conditions and existing skillsets transferable to cannabis from other agricultural sectors, such as cut flower production.

Recreational cannabis could be next

As for the recently submitted legislative proposal, “it’s fully expected that they’ll legalise cannabis for recreational adult use” in the next months, Merchan said.