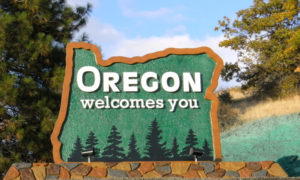 An Oregon state senator believes he has found a solution to the cannabis banking crisis in the state – one which could provide a useful standard for others – though his bill has stalled in the Legislative Assembly, and not for the first time.

Senate Bill 339, introduced by Democratic state senator Jeff Golden, would create the Bank of the State of Oregon – a non-federal bank that could take deposits from the cannabis businesses in the state.

The bill is in the Finance and Revenue Committee, where similar legislation died in a previous session. Golden has said that focus on coronavirus relief may cause it to perish in committee again.

However if it was to pass, such a move could help not only cannabis businesses but also those working solely in the hemp-derived CBD industry to secure financial services.

A new report from CBD-Intel outlines how difficult it is for CBD companies in the US to access financial services, despite hemp being legalised at federal level while cannabis languishes on the wrong side of the law. The report goes as far as theorising that in many states where cannabis is legal, it is in fact harder to obtain financial services for CBD due to the ambiguity around further regulations such as a path to market for ingestible products containing CBD.

Similarly, the regulatory complexity surrounding the cannabis industry, which can be legal at state level and illegal federally, has caused state-legal cannabis businesses to be denied access to banking and payment processing services, forcing them to deal in large amounts of cash.

With this come problems in regulating businesses, as well as a stark increase in crime – and even issues of equality, since it can be harder for minority populations to access large amounts of funding in the absence of available loans.

These problems have led to an increase in violence and theft in the Oregon cannabis industry, in particular the murder of 44-year-old clerk Michael Arthur in Portland in December.

The state bank proposal highlights how frustrated states with cannabis businesses are at the lack of banking access, not to mention the public safety issues, Morgan Fox, media relations director for the National Cannabis Industry Association, told CBD-Intel.

The Bank of North Dakota is the only active bank in the country of the kind Golden is proposing – and that bank was established before the banking acts and crises of the 1930s. Those crises at the onset of the Great Depression did not lead to an outright prohibition of state banks as such, but set up the Federal Reserve-supported infrastructure that became the basis for the modern US banking system while placing more power and control in federal hands. This in turn limited the number of state banks to only a handful launched in the 90 years since.

A feasibility study about using state-backed banks for the cannabis industry in California by the consultancies Level 4 Ventures, Jade Compliance and RLR Management Consulting concluded that they are risky and prone to be a net loss for the state in the absence of access to national banking and payment processing systems – the very problem it sets out to solve.

The study examined three theoretical options for a state bank:

It identified a number of potential issues. For example, any state bank would be unlikely to secure a “master account” from federal regulators, which is required to conduct basic banking functions such as wiring funds.

The independent study, commissioned by the California State Treasurer’s Office, theorised that any state bank would require around $1bn in capital, would take years to set up, and would take at least 12 years to break even, with both federal enforcement and federal legalisation of cannabis threatening the bank’s existence during that time.

Senator Golden argued that the North Dakota bank being profitable for most of its lifetime proved concerns about security of public investment in such an institution were groundless. However, the California report noted that it took some time for the North Dakota bank to reach stability and that it was only in 1971 – more than 50 years after its founding – that it began to share profits with the state.

Many in the cannabis and CBD industries hope instead for federal reform.

There are other proposed solutions to the dilemma, such as the Marijuana Opportunity Reinvestment and Expungement (MORE) Act, Clarifying Law Around Insurance of Marijuana (CLAIM) Act, and the Secure and Fair Enforcement (SAFE) Banking Act.

There appears to the necessary appetite to pass such measures, according to Fox. The SAFE Banking Act passed in the House but sputtered out in the Republican-led Senate in 2019. It was reintroduced in Congress this month as a bipartisan bill. “The preferred solution across the board is the passage of the SAFE Banking Act,” Fox added.

However, CBD-Intel’s report shows that this may not get to the crux of the matter. There is no actual prohibition on providing banking for cannabis-related businesses – as demonstrated by the small number of banks that have begun to do so over the past few years.

So, while the SAFE Banking Act will provide freedom from asset-seizure by the federal government for depositing funds related to a Tier I drug (an increasingly unlikely proposition given cannabis’s ever more established status) and support of Federal Deposit Insurance Corporation (FDIC) cover for cannabis deposits (up to insured amounts), it will not address two primary problems.

It will not clear up the large amount of additional banking as well as cannabis and/or CBD regulations that financial institutions would have to adhere to. And it will not provide the impetus to convince banks to offer standard financial services to CBD or cannabis companies at standard prices.

Instead, CBD-Intel believes banking will not be solved through federal regulation until a clear regulatory framework for both CBD and cannabis is put in place as has been developed for alcohol and tobacco products. And this full process may take longer to achieve than legalisation on its own.

Until that time, it could be that state proposals like that in Oregon are the best way forward – despite the potential drawbacks.

What This Means: State-legal cannabis businesses exist on a knife-edge in the US, with tangled regulatory enforcement and a lack of banking access making operation much harder and more dangerous.

The Oregon bill – assuming state senator Golden is correct – could lead to a solution to the banking problem, though the feasibility study for California does raise some valid points against its prospects.