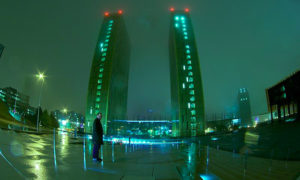 CBD must not be regarded as a narcotic drug, even under UN Convention definitions, whether or not it is extracted from hemp flowers, the Court of Justice of the European Union (CJEU) ruled today. The long-awaited judgement in the ongoing Kanavape case means CBD can be freely sold in the EU.

The ruling may have deeper consequences for the CBD industry in Europe. For example, currently only synthetic cannabinoids are allowed in cosmetic products as CBD extracted from plants has until now been considered a narcotic under the terms of international conventions.

Today’s ruling determines that member states cannot stop the free movement of goods within the EU on this basis. The judges in the Luxembourg court found that national legislation – for example limitations in France saying only CBD extracted from fibre and seeds of hemp may be put to commercial use – is trumped by EU provisions (Articles 34 and 36 of the Treaty on the Functioning of the European Union (TFEU)) that guarantee the free movement of goods within the union.

The court determined that CBD did not fit under the terms “drug” or “narcotic drug” as laid out under EU law as these refer to the two UN conventions: the 1971 Convention on Psychotropic Substances and the 1961 Single Convention on Narcotic Drugs. CBD is not mentioned in the first and the court judged that there was no intention for it to be included in the other – despite a strict literal reading theoretically covering it.

“While it is true that a literal interpretation of the latter might lead to its being classified as a drug, in so far as it is a cannabis extract, such an interpretation would be contrary to the general spirit of that convention and to its objective of protecting ‘the health and welfare of mankind’,” the court said.

It added that it was vital for the current state of scientific knowledge – which has grown considerably since the conventions were written – to be taken into consideration. As such, it was important to note that CBD does not “appear to have any psychotropic effect or any harmful effect on human health” unlike THC – a distinction that could not be made by science at the time the conventions were drawn up.

The court further ruled that this meant narcotic status could not be used as justification for legislation like the French rule allowing only seeds and fibre that was used to stop the sale of CBD products extracted using the whole plant, including flowers, grown legally in the Czech Republic.

Guarantees on free movement of goods

As CBD could not be considered a narcotic, bans on extracting it from flowers (justified on readings of the convention that were dismissed by the court) interfered with guarantees on the free movement of goods between member states – guarantees which the court deemed took precedence.

The court said member state authorities could put such rules in place on protection of public health justifications but that this would be an assessment for each country’s national court. It did, however, note that such a justification would be difficult under current circumstances.

Any such justification attempting to protect public health from flower-derived CBD products would necessarily not include synthetic CBD products that would have the same properties, as CBD as a chemical compound had been widely found to have no harmful effects. This means it would be impossible for a country such as France to consistently obtain the objective of protecting public health as the one source of the compound would still be permitted while the other was prohibited.

Further, while the court accepted that a member state such as France would not have to demonstrate that the dangerous property of CBD is identical to that of certain narcotic drugs, it would still have to assess available scientific data in order to make sure that the alleged real risk to public health did not appear to be based on purely hypothetical considerations.

“A decision to prohibit the marketing of CBD, which indeed constitutes the most restrictive obstacle to trade in products lawfully manufactured and marketed in other Member States, can be adopted only if that risk appears sufficiently established,” the court added.

The court also found that regulations relating to the Common Agricultural Policy (CAP) were not applicable. CBD extracted from the entire plant cannot be regarded as an agricultural product like raw hemp and so does not fall within the scope of those regulations. This means that separate rules which apply to agricultural products are not relevant in this case.

The Kanavape case was referred to the CJEU by the Aix-en-Provence appeal court in October 2018, seeking a ruling on whether the French law banning the processing and use of hemp buds and leaves conformed with EU law. The defendants’ business, Catlab, was selling in France an e-cigarette named Kanavape, which contained a CBD oil imported from the Czech Republic, where it was extracted from entire hemp plants cultivated there.

A full decision by the CJEU has been anticipated since the advocate general of the CJEU, Evgeni Tanchev, published an opinion on the case in May. A series of delays including, most recently, ones stemming from the COVID-19 pandemic, has long delayed the process of the case throughout its journey.

What This Means: The CJEU’s judgement represents a massive victory for the CBD industry. The court largely followed the opinion of the advocate general of the CJEU – published earlier this year – as it does in most instances.

However, it could be said the CJEU went further this time – for example in pointing out the possible limitations on French national courts using public health justifications to limit the sale of CBD.

Overall the decision, though widely expected, will come as a welcome relief to the industry. And it could have further significant implications going forward. It is hard to see the European Commission’s stance on CBD being a narcotic under UN Convention definitions continuing, given the CJEU’s assessment of specifically that issue.