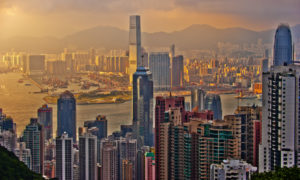 It remains unclear where the hemp and CBD investment centre for Asia will develop. History and existing infrastructure would point to Hong Kong, but the Chinese special administrative region has not seen momentum build despite a flurry of deals last year.

An ambivalent regulatory regime has not helped matters, though it still puts Hong Kong ahead of other traditional investment hubs such as Tokyo – where CBD remains restricted, though Japanese regulations appear to be easing – or Singapore, where CBD remains completely banned.

But perhaps the biggest deciding factor will be what China decides to do.

A lack of clear regulation has put things on hold. A green light from the world’s largest hemp-farming nation could spur investment activity in Hong Kong – or it could draw it to mainland Chinese alternatives such as Shanghai instead.

Alternatively, a strict approach could send deals through less traditional centres of investment such as Thailand’s capital Bangkok. Thai officials have been arguably the most proactive and open in Asia when it comes to starting to set up a CBD-friendly regulatory regime.

For Hong Kong, there was a sense of momentum and optimism following deals in 2019 such as an agreement to supply CBD isolate signed by Sanai Health Industry Group, one of the territory’s most respected pharmaceutical companies and CannAcubed, a Singapore listed company with Chinese holdings focused on investment in industrial hemp and the cannabis industry.

“There appeared to be lots of activity in 2019 around public companies and funds in HK wanting to attach themselves to all things ‘cannabis’, which includes of course hemp and CBD,” CannAcubed CEO Glenn Davies told CBD-Intel. “HK, Shenzhen and Shanghai companies spiked and soared, and stocks rallied when announcements were made regarding the sector.”

However, activity dropped considerably after China’s National Anti-Drug Committee said it had not approved hemp for medicine and food additives. “There doesn’t seem to be much momentum in the CBD investment industry,” Davies added, commenting on the current environment.

That relationship with mainland China will be crucial if Hong Kong wants to become the Asian investment hub for CBD.

“It borders the world’s largest hemp producer and soon to become the world’s largest CBD producer,” Davies said. This geographical advantage, combined with Hong Kong’s existing open financial market and expertise, should make it the winner. In many ways it could be compared to Malta’s role in the European market.

“Malta is seen as a gateway for APIs [active pharmaceutical ingredients] produced globally to be able to be processed into finished products and sold into the EU. In some sense perhaps HK holds a similar distinction – it is a hub for cross border e-commerce sales channels within the Chinese mainland,” explained John Downs, executive vice president of US-based cannabinoid investment company Asia Horizon.

Hong Kong, however, seems reluctant to fully embrace the industry. “Malta was very proactive, HK was open – to us for example – but discreetly and there was no official push into the market,” said Henri Sant-Cassia, founding partner of The Conscious Fund, an investment startup hoping to operate in the region.

One key difference is that Malta created a regulatory framework for medical cannabis investment, something Hong Kong has yet to do.

Hong Kong is also not without competitors in the region. Singapore and Tokyo both have internationally oriented financial service industries which could act as alternatives.

Singapore, however, prohibits all cannabis products and does not make a distinction between hemp and cannabis. Such a closed environment largely rules Singapore out of the running.

Sant-Cassia noted that Japan is opening up very fast but said the surprising threat for Hong Kong might be mainland China itself, if it is perceived as friendly towards cannabis and hemp investors.

“Arguably it is Thailand which has the most activity and the most openness, if the number of events is anything to go by, but for investors HK would be vastly more attractive,” Sant-Cassia added.

According to Davies, Hong Kong needs to look at the success stories in the industry such as Canada, the US, Israel and Australia.

“We can learn by adopting some of the framework and trialling the introduction of new laws to better position Hong Kong for foreign investment,” he said. “Small changes and the relaxing of the legal structure can help business set up pilot projects, cooperate with leading universities and pharmaceutical companies, or food and beverage companies, and start investing into the development of this sector.”

The origin of the investment capital will also affect how important Hong Kong is to the industry. Downs believes many mainland Chinese investors will be moving into the sector and that they will invest directly in the relevant provinces.

“However, global investors will continue to use HK as a conduit for investing capital into mainland China,” added Downs.

CannAcubed has expressed an interest in doing an initial public offering (IPO) in Hong Kong and claims to have all the tools needed to make it work. Davies is optimistic that the environment might exist later this year and into next year for Hong Kong to capitalise on its position by amending laws, changing regulations and bringing in new policy.