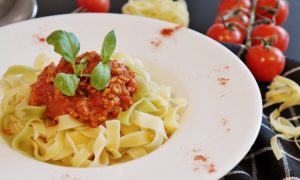 A decree approved by Italy’s Ministry of Health has established firm limits for allowed levels of THC in edibles.

The decree also defines what edibles are derived from hemp: seeds, flour and oil obtained from seeds. It makes no mention of CBD limits.

Currently, it is not possible in Italy to register products containing CBD as food supplements. Moreover, according to a memo issued last year, CBD is not authorised at the European level as an animal feed additive, so its inclusion in feed is forbidden.

The Italian position is that CBD cannot be registered as a food supplement because of European guidance that cannabinoids should be considered as novel foods requiring authorisation before they can be marketed.

Italy, France and Belgium have approved a list called BelFrIt which lists all the plants and their parts allowed in food supplements. Although Cannabis sativa is on the list, only seeds and oil derived from seeds can be used as an ingredient. Again, there is no mention of CBD.

Area of land under hemp cultivation

Goods legally marketed in another EU member state, a member of the European Free Trade Association (EFTA) or from Turkey are considered compatible with these limits.

According to the agriculture association Coldiretti, the decree on THC limits clarifies the regulatory position for the industrial hemp sector – satisfying hundreds of farms that have invested in hemp cultivation. The area of land in Italy on which hemp is grown increased tenfold in five years, from 400 hectares in 2013 to almost 4000 in 2018.

Members of the hemp association Federcanapa have been critical of the new decree, however.

While the association welcomed the clarity provided, it is unhappy with the THC limits, which it says are too restrictive. Several Italian producers have reported that hemp oil tends to exceed the 5 mg/kg limit.

They are also concerned that the decree defines limits only for some edibles, excluding from the list beverages such as tea, soft drinks and alcohol.

The established limits were originally put forward in a 2017 proposal. They are similar to those already in place in Germany.

What This Means: The Italian decree on THC limits in hemp food products does not alter regulation of CBD or other hemp-derived cannabinoids, but it could be an indicator of future moves in that direction. Regulatory clarity is generally to be welcomed as providing a framework within which a young industry can grow, even if all the details of that regulation – such as the precise limits laid down, or the omission of some products – are not to everyone’s satisfaction.