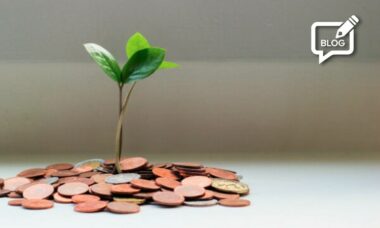 Last month CBD-Intel reported that the German pharmaceutical manufacturer Dermapharm Holding bought Canopy Growth’s Cannabinoid Compound Company (C3) for €80m. The sale represented a huge loss for Canopy, having bought C3 for €226m in cash in May 2019. It was one of the biggest cannabis acquisitions in Europe at the time.

Since David Klein became CEO of Canopy in early 2020, the firm has been selling off non-core assets, including greenhouses in Canada and overseas subsidiaries.

And Canopy’s expenditure hit the headlines again when its acquisition of Acreage Holdings for USD3.4bn in 2019 was on cannabis stocks analysts Technical420’s list of “five of the worst cannabis sector acquisitions”. Constellation Brands also featured on Technical420’s list – named and shamed for investing more than USD4bn in Canopy Growth in 2018.

Two acquisitions from Aurora Cannabis were also listed: its 2018 acquisition of MedReleaf for CAD3.2bn and its CAD1.23bn purchase of CanniMed in the same year.

In fifth place on the list of so-called spendthrifts was Altria’s investment of USD1.8bn in Cronos in 2020.

Calculating what it’s worth

But what makes an acquisition a bad investment? And when does it become a serious issue for the company?

CBD-Intel’s head market analyst Nate Erskine said it’s down to the nature of the investor and their return timeframe expectations. “Some [cannabis firms] are playing a longer game, so it’s harder to judge in those cases,” he said.

“Larger companies who are publicly traded might be seen to be frittering money because their performance is held against different standards and objectives,” said Erskine. “Solidifying their positions in the North American markets is probably all they can really do this year, but is that wasted money? The same could be said for international expansion.”

Technical420 noted that, over the past five years, the acquisition trend has shifted away from Canadian licensed producers and toward US multistate operators (MSOs) and said that firms have started to focus on making “smaller/bolt-on transactions”.

It said, “From a managing costs standpoint, these types of acquisitions are more attractive for companies that already have strained balance sheets.”

No fertile ground in the US?

Other analysts have warned that investing in cannabis stocks in 2022 could prove to be money wasted – attributing this mainly to the US government’s likely lack of action on the federal legalisation front.

Cantor Fitzgerald’s Pablo Zuanic said he feared that “a ‘dead-money’ scenario for US MSO stocks is likely in 2022”. He said that a sector decline was likely because stocks were pricing in the assumption that “nothing happens in the US at the federal level regarding cannabis” in 2022.

No one can be a hundred percent certain whether legalisation will happen at a federal level or not in 2022, but the signs aren’t looking favourable. The fact that US president Joe Biden failed to mention cannabis in his 2022 State of the Union address just goes to highlight how far down the list of priorities it sits with the current administration.

Zuanic believes that the absence of the driver of federal legalisation will see the US MSOs eating up more market share “making it nearly impossible for newcomers to start from scratch and become much bigger than the Canadian [producers] in sales and market cap”.

Major MSOs are therefore likely to drive the most growth being able to operate as “islands” within the laws of each state.

And there still could be profit to be had at a state level. Erskine says: “As for whether legalisation at a federal level is the key to success, sales figures from state departments are showing large revenues of more than USD1bn in some cases, so there’s still money to be made.”

Are you interested in cannabis-derived products investment? You can download a free sample of our regulatory report “Medical and recreational cannabis global overview” using the form at the top of this page.