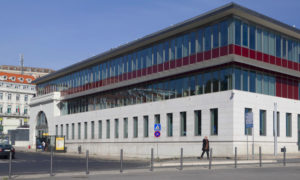 A recently published report from the European Monitoring Centre for Drugs and Drug Addiction (EMCDDA) highlights the diverse retail make-up and unclear regulatory outlook of the European CBD sector.

The report, “Low-THC cannabis products in Europe”, was started in 2018 but only published at the end of 2020. It is based on a combination of commissioned surveys, reviews of previous work, and data and information provided by experts.

It remarks on the wide variety of retailers selling CBD products and the differing marketing methods employed. And it says the lack of regulatory clarity has had a significant impact on how some of them have acted.

It also states that the decision by the Court of Justice of the European Union (CJEU) in the Kanavape case would have a likely impact on the regulatory outlook and change the status quo from what it was when the EMCDDA’s research was carried out.

However, as things currently stand, the EMCDDA found it interesting that specialist CBD shops could broadly be divided between those focusing on health and well-being and those taking a “recreational cannabis” angle more akin to vape shops, tobacconists and Dutch “coffee shops”. In the latter, herbal products appeared to be more commonly sold, while the health and lifestyle shops tended to stock creams and balms.

“In terms of the products sold, there are some indications that one of the products with the greatest potential for lasting demand is CBD oil. It remains to be seen if the demand for cosmetic products containing cannabis extracts grows in the future,” the report adds.

It notes that there was not always a clear distinction between the types of product sold in different shops and that it was the marketing strategy used – often for similar products – that differentiated the approach, based on the retailers’ focus and their target customer base.

It adds that some retailers tend to “focus on providing information on the inherent properties of the product, for example the variety of cannabis, content, flavour and aroma. Other retailers emphasise the product’s lifestyle aspects, for example whether it is vegan, gluten free, organic or environmentally friendly.”

Many also provided information on perceived health benefits of products, either directly in relation to the product itself or indirectly by providing links to research and scientific papers. The report considers that this might be a regulatory issue, though the lack of clarity in regulation made it unclear just how knowingly the regulations may have been violated.

Awareness of regulations can be demonstrated in some cases by the use of product labelling and disclaimers. “Examples include praising the taste, yet stating that the product is not for consumption or selling, for example, herbal products with warnings that the products are only collectibles,” the EMCDDA says.

It also notes previously reported information on labelling inaccuracy in terms of CBD and THC levels as well as the presence of undesirable substances such as pesticides and known carcinogens.

The EMCDDA calls on regulators to provide clarity and workable regulations. It points to countries such as Austria and Belgium that have already made initial moves such as classifying some CBD products as “herbal smoking products”, thereby placing them under specific regulatory and tax regimes.

For example, doing this restricts sales to minors. The report mentions one product with a unicorn on the label which had to be taken off the market as it was considered an illegal smoking product because it might appeal to minors.

What This Means: The EMCDDA is an EU agency, based in Lisbon, which provides information to policymakers, researchers, professionals and the public.

Coming hard on the heels of the Kanavape decision, but based on earlier research, its report on low-THC cannabis products could be seen as partially outdated before it even appeared. However, as it says: “Industry bodies have themselves called for greater clarity around the regulations that apply, and this may be an opportunity for policymakers and trade bodies to work together to design regulatory standards that may protect consumers from the most serious threats presented by the current unregulated industry.”