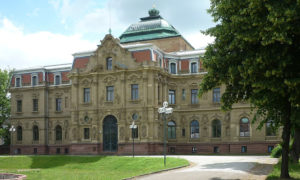 Germany’s highest civil and criminal court has ruled that low-THC industrial hemp flowers may be considered a narcotic – but that they can be legally sold to German consumers as long as there is no risk of intoxication or they are completely free of THC.

The ruling has not yet been published, and any meaningful conclusion on its precise meaning and reach remains provisional for now.

It does not mean the sale of hemp flowers in Germany is now completely legal. It will have to be judged on a case-by-case basis, by enforcement agencies or lower courts that must decide what the risks for abuse are and whether they meet the threshold to be considered non-intoxicating products.

The Federal Court of Justice (Bundesgerichtshof) in Karlsruhe issued the judgement on 24th March, 14 months after a district court in Braunschweig sentenced the owners of the hemp/CBD shop Hanfbar to suspended six-month prison sentences for drug-trafficking.

The two defendants, who appealed against the district court’s ruling, were found guilty of continuing to sell hemp flowers with low THC (estimated to be between 0.08% and 0.33%) of an EU-certified hemp variety after seven police raids on their shops. Legal EU varieties are supposed to produce flowers with a THC content of no more than 0.2%.

Hemp tea is a narcotic, but…

The appeal ruling found that the sellers may have been within their legal rights to sell flowers as long as they ensured positive steps were taken to prevent them being used for intoxicating purposes.

According to the highest court, Germany’s Narcotics Act must be interpreted as not encompassing low-THC varieties of industrial hemp from within the EU if it “serves exclusively commercial or scientific purposes that exclude abuse for intoxicating purposes”.

However, some parts of the hemp plant, especially flowers and resins but completely excluding others like seeds, may still be considered a narcotic under the definitions of cannabis in the Narcotics Act.

The Bundesgerichtshof ruled that the lower court “rightly assumed that the hemp tea sold by the defendants was a narcotic” because it was that sort of plant material. However, it also decided that the law “does not generally prohibit the sale to end customers for consumption purposes [although] abuse of the cannabis product for intoxication must be ruled out”.

And it said the lower regional court had failed to check whether the defendants in the Hanfbar case had intended the hemp tea to be used for intoxication.

The Bundesgerichtshof “made it clear that…the ‘exception rule’ does not fundamentally oppose the sale (commercial trade) ‘to the end customer for consumption purposes’,” Germany’s Cannabis Industry Association said.

Ball back in the district court

The high court sent the case back to the district court, which must now determine whether the sellers did enough to mitigate the risk of abuse.

“In the view of the cannabis industry, this could be done via delivery quantities, package inserts, information on the product packaging or corresponding product preparations (e.g. tea mixtures),” the cannabis association added. “The extraction of THC or the assumed misuse of industrial hemp appears unrealistic for reasons of economic efficiency.”

Many in Germany’s cannabis industry have been cheered by the federal court’s ruling, which even the federal government cannot appeal against.

One takeaway from the ruling is that “if you’ve done everything you can to check if something is legal and there are no red flags and then it turns out to be illegal, you can’t be held accountable,” one producer told CBD-Intel.

The two Hanfbar owners – highly vocal CBD activists – continued to sell hemp tea mixes despite the seven police searches, while other CBD shops in places such as Munich and Cologne stopped selling hemp tea after raids. These shops may now be able to resume sales, the producer said.

The producer believes a new ruling by the district court in Braunschweig – which probably won’t come for at least a year – “can only lead to a lower sentence” for the Hanfbar owners. The two hope the charges will be dropped and “if that happens, that’s amazing for all of us,” added the producer, who asked not to be named.

Not quite the breakthrough we’ve been waiting for

Although German states have the power to enforce and interpret laws and the applicability of this ruling to individual cases, the federal court’s ruling could nonetheless signal how low-THC hemp flowers should be treated in the future.

“I’m not sure if it will be the breakthrough that everyone is waiting for, but we are all waiting to see what happens,” the producer said.

Others in Germany’s CBD industry are more cautious about the significance of the judgement, given the further steps that still need to be taken before the case is resolved.

“People in the hemp industry are so much in need of positive news that they clutch at any straw,” said Joscha Krauss, chief executive of Düsseldorf-based MG Medical Hemp.

Even defence attorney Werner Siebers noted that the ruling merely followed his arguments regarding intent. “This means our clients can continue to hope for an acquittal, but everyone else who speculated that this judgement would make the sale of tea made from industrial hemp legal in the future will have to accept a bitter disappointment,” he said.

The core sentence in the ruling is that the district court rightly assumed that the hemp tea his clients sold was a narcotic, Siebers added. “That will certainly have considerable consequences. My first assessment is: the shelves of all suppliers should be cleared as quickly as possible.”

What This Means: The main takeaway from the decision by Germany’s Federal Court of Justice is that it is potentially good for business in the long term but bad in the short term. For now, hemp tea has been confirmed as a narcotic product, so continued sales risk enforcement action. However, as explained in CBD-Intel’s most recent regulatory report on Germany, that was already partly the case following a ruling by the Federal Institute for Drugs and Medical Devices (BfArM).

Looking ahead, it seems likely the Bundesgerichtshof ruling will lead to some easing of regulation. And if cannabis becomes an issue in the upcoming national elections – as is expected – the relative potential of hemp products to produce intoxicating effects will become a moot point.