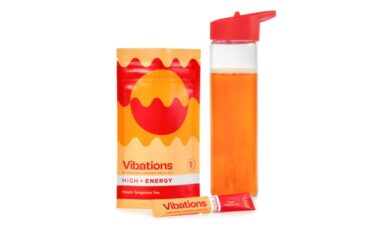 The use of cannabis in sports for pain relief has become fairly mainstream, but now a new style of consumption has entered the market: a cannabis-infused energy drink that can be used pre- and post-workout for consumers who are looking to combine an energy boost with getting high.

That’s the view of MariMed chief revenue officer, Ryan Crandall who believes that health-conscious consumers are driving growth in the beverage category.

“There is an increasing market segment of active cannabis users who want the calming effect of full-spectrum cannabis along with a shot of energy to help them elevate their game,” said Crandall. “Health and wellness is a huge driver of purchases.”

MariMed recently launched a new product to target this consumer. Vibations: High + Energy is a full-spectrum cannabis drink mix which is designed to provide focus and energy for the mind and body. It’s intended for use either pre- or post-workout and can be mixed with water or the drink of choice. As a powder, it offers a discrete format for combining getting high with getting a dose of energy.

“We figure that people will take our product when they’re looking for an energy boost before a workout or some other activity that’s part of their healthy lifestyle. Energy drinks are huge and this is an alternative for consumers who also want an uplift, energy and they want to get high,” said Crandall.

To overcome the classic industry challenges of developing a new cannabinoid-infused drink – getting the flavour, shelf stability and packaging right – MariMed chose to develop a powder rather than a reformulated drink, believing that the format provides a more efficient and convenient way to weave consumption into everyday life.

“There are challenges with many of the ready-to-drink cannabis beverages on the market that range from taste to stability,” said Crandall. “With Vibations, we aimed to overcome all of those challenges and did it by developing a powder formulation that is very shelf stable, while delivering great flavours in a form that’s discrete and convenient.”

MariMed’s new product is sold at dispensaries in the state of Massachusetts – where the company is based – and will soon be available in Puerto Rico, and the states of Delaware and Maryland. 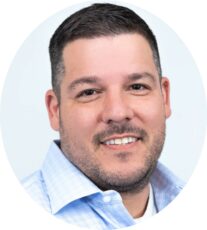 “We’re seeing new users who have never used cannabis before using it alongside their exercise routines and ingestibles provide a healthier, more accessible way of getting in the zone,” said Crandall (pictured).

He predicts that future category growth will also be driven by public consumption of ingestibles in low and micro doses in states such as Nevada and others where regulation will permit licensed locations to provide consumption lounges where consumers can try out new products in boutique-style social environments.

“Our data indicates that there will be huge growth in the beverage category” he said. “We believe that this will come from a few areas of opportunity. The first is from products such as Vibations, which allow an easy, discreet entry point into cannabis for new or latent users. The other will be through social consumption as state-level regulations ultimately allow for consumption lounges and clubs to open.”

Crandall cites a consumption lounge that is currently being planned by Planet 13 in Las Vegas, where they are preparing to have cannabis-infused beverages on tap, as an example of what’s to come.

He predicts that increasing numbers of consumers will continue to switch from alcoholic drinks to cannabis-infused drinks – particularly those who are looking for a no-hangover alternative while still enjoying a social occasion – and that this will add further impetus to this trend.

“In the not too distant future, I believe the spike in cannabis beverage adoption will translate to consumption lounges opening across the country, and taking away market share from traditional bar and lounges along the way,” said Crandall.

“Most of these consumers wouldn’t smoke a joint,” said Crandall. “Alcohol is mapped to relaxation so there isn’t a high barrier to people making switches from alcoholic drinks to cannabis-infused ones.

Although younger generations are showing some tendency to lean away from smoking and inhaling, flower is still a large percentage of MariMed’s sales.

“The idea is to build a brand portfolio that meets everyone’s needs – from the old hands who have always rolled joints to the newbies,” said Crandall.

Growth expected as ‘each state offers its own opportunity’

“Cannabis-derived terpenes are considered superior and synthetic products lose the richness of the interaction of the terpenes when they’re acting in concert together – the entourage effect. Taste and flavour is really a big deal and people are becoming more interested and knowledgeable about the terpene combinations in their products and this trend will continue,” he said.

Further growth is anticipated when more states embrace adult use, which will eventually put pressure on legalisation at a federal level but this is a long game.

“Federal legalisation is likely years away,” said Crandall. “But each state offers its own opportunity. We’ll see key states doing adult use first – such as New York and New Jersey – and, as more states fall to permit adult use this will ultimately lead to federal legalisation.”

Federal legalisation might be a long-term prospect but Crandall believes that the industry will benefit from new legislation which will reform banking in the short term. Not only will this relieve the safety issues related to running a cash-intensive industry, it will help smaller entrepreneurs to fund their businesses by giving them access to capital markets.

“We don’t talk about federal legalisation in the near term but we talk about banking in the near term and that’s exciting,” said Crandall. “If banking reform legislation is written properly, it will allow large investment firms to invest in US cannabis companies and that becomes a huge opportunity for companies such as ours. It will also enable us to list our stock on an American stock exchange such as NASDAQ, whereas currently multiple US companies are listing in Canada on the CSE.”