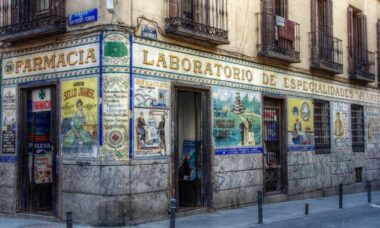 Patients in Spain will soon be able to access cannabis in pharmacies with a medical prescription as the government is about to introduce new legislation.

Guidelines for Spain’s first regulatory framework for medical cannabis were approved in June 2022 by a parliament commission which gave the Spanish Agency of Medicines and Medical Products (AEMPS), the government’s drug agency, until the end of the year to integrate them.

The report outlining the guidelines was approved by the Congressional Commission on Health and Consumption. It provides the grounds for regulation of the therapeutic use of cannabis for pain treatments related to certain pathologies, such as multiple sclerosis, some forms of epilepsy, sickness from chemotherapy, endometriosis, and cancer-related or chronic pain.

Based on the text, cannabis products should be prescribed by doctors specialising in those health issues and preferably distributed by hospital pharmacies, which some industry players consider to be counterproductive restrictions. It also recommends that other extracts and formulas, or standardised preparations such as those available in other countries, should be explored.

“At the end of the day, you can’t have good access if only doctors working in pain units can prescribe cannabis, and patients can only access cannabis products through hospital pharmacies,” said Guillermo Moreno-Sanz, global scientific director with medical cannabis group Khiron Life Sciences, which started operating in Spain in 2019.

Moreno-Sanz told CBD-Intel he fears that restricted patient access to medical cannabis, which depends on how the AEMPS will implement the commission’s recommendations, will only favour an already existing black market.

“It would really limit access for patients to these products,” he said. “I think that would be terrible because many patients in Spain are used to accessing these cannabis products through illegal routes and we would be forcing them to keep doing that.”

The report comes as the result of a long negotiation among political parties, some of which would have hoped for a less conservative set of recommendations than those in the text. These politicians pushed for measures such as the inclusion of self-cultivation of cannabis flowers.

“New procedures should be explored, allowing self-cultivation for patients with a medical prescription who opt for this kind of access,” said EH Bildu member of parliament (MP) Iñaki Ruiz de Piñedo.

MP Lucia Muñoz of Unidas Podemos said she viewed the regulation “positively” although “it has limitations”.

The Basque Nationalist Party (PNV), which proposed the creation of the Congressional subcommission tasked with drafting the text after consulting 23 international experts in medical cannabis, said it hoped that the initial regulation could be improved soon.

“We would have liked to reach further,” said PNV MP Joseba Andoni Agirretxea, adding that the report was “a first step in the right direction which will be perfected and improved in time”.

Agirretxea said he was nevertheless “extremely satisfied” with the work of the subcommission, which would “safely improve many patients’ quality of life”.

Daniel Viondi, MP with ruling socialist party PSOE, which opposed the legalisation of medicinal cannabis until just over a year ago, was far more positive about the new regulation, saying it had made Spain “a better country” and that he was convinced the government would implement it within the established end-of-year deadline.

Outside the political arena, companies in the medical cannabis sector hope that uncertainties over patient and doctor access will be clarified soon.

“To us the most important point is that most patients and doctors have access,” Khiron’s Moreno-Sanz told CBD-Intel. “I think the most crucial aspects to clarify are what kind of doctors will be able to prescribe and what pharmacies will be able to sell these products.”

Carlo Adolfo Guzmán, CEO of medical cannabis group Medcann Pharma, said he hoped that requirements for patient access, as well as obligations for companies in the sector, would be determined soon.

“As we move forward, it is important to correctly establish access conditions for patients by defining processes to facilitate and ease this access for people who need it based on their clinical condition, as well as determining who prescribes and who dispenses,” Guzmán told CBD-Intel.

“We also need to establish the necessary healthcare control and security systems and to clearly define limitations, obligations and requirements for those who operate or decide to enter this industry,” he added.

Medcann Europe, the European branch of Canadian-based Medcann Pharma, announced this month that it became one of the 14 authorised producers of cannabis for research purposes in Spain.

The authorisation it obtained from the AEMPS, the company said, will help it towards implementing a research project on cannabis genetics run along with the Basque Institute for Agricultural Research and Development (NEIKER). The research will look into aspects Medcann considers crucial to determining therapeutic effects of various strains.

It is likely that first small, local steps in the field of research are the projects that will initially benefit the most from the regulation.

“This regulation will mainly pave the way for a more dynamic market and production of cannabis with medical purposes,” Guzmán told CBD-Intel. “This is excellent news to a firm like ours, which has always focused its efforts on producing plant genetics of quality, from licit and traceable origins, as a basic material for its farming.”

Moreno-Sanz said that a legal framework for medical cannabis will be particularly useful for the sector in a country that has already developed local production.

“Spain is going to be the first country that already has national production by the time it regulates national access,” Moreno-Sanz told CBD-Intel.

“It is a good thing that we already have a local supply within Spain, and this will definitely benefit the industry at a national level and help producers expand their market,” he said, “although I am not sure how many of them will be able to reach the required level of quality in manufacturing.”

If the government meets its deadline of six months from the publication of the report, Spain will join a long list of European countries that have already regulated the use of medical cannabis.

This development, experts say, comes very late compared with other countries where demand for legalisation is lower.

A study by Spain’s Center for Sociological Research (CIS) showed how 90% of the country’s population was already in favour of the legalisation of medical cannabis in April 2021, at a time when PSOE, which drafted the main text of the newly approved regulation, was still questioning it.

“It was about time Spanish authorities tackled this issue,” Moreno-Sanz told CBD-Intel. “Spain was the fourth country to legalise same-sex marriage and the first to allow gay couples to adopt. It tends to lead on civil rights, and it’s strange that it [has taken so long] to legalise the use of cannabis for medical purposes.”

There was opposition, though, to any move to legalise medical cannabis – particularly from parties on the right.

Juan Luis Steegmann, an MP with the far-right party Vox and a haematologist specialising in leukaemia, went as far as saying that the left-wing promoters of the text wanted to “turn Spain into a narco-state”.

The main right-wing opposition Popular Party (PP) also opposed the new regulation on the grounds that the legalisation of medical cannabis is not supported by sufficient scientific evidence.

In June this year, the Spanish Pain Society (SED), the Spanish branch of the European Pain Federation (EFIC), modified its official position, which was not in favour of the use of medical cannabis, while leaving the door open to more studies on its effects and benefits.

In line with the EFIC, the SED now recommends the use of medical cannabis “as a third-line therapy for chronic neuropathic pain syndromes, whereas for all other chronic pain conditions, the use of medical cannabis should be regarded as an individual therapeutic trial if all established treatments have failed and after careful analyses and multidisciplinary assessment”.

The new report is in line with the SED’s position, since it recommends the prescription of medical cannabis as a therapeutic complement, as opposed to a first-choice treatment, and within a context of study and research aimed at collecting more information.

Based on the report, all cases of medical cannabis prescription should be included in a register to “provide a basis for the evaluation of the results obtained by the treatment on different patient profiles and therefore progressively improve knowledge about the medication, and ultimately benefit patients”.

What This Means: When implemented by the government, Spain’s first regulation of medical cannabis use will probably constitute an initial step towards broader legalisation.

Arguably, Spain should have moved sooner to legalise medical cannabis, considering the country’s actions in tackling many other hot-button political issues and given the support for legal medical cannabis from a majority of the population.